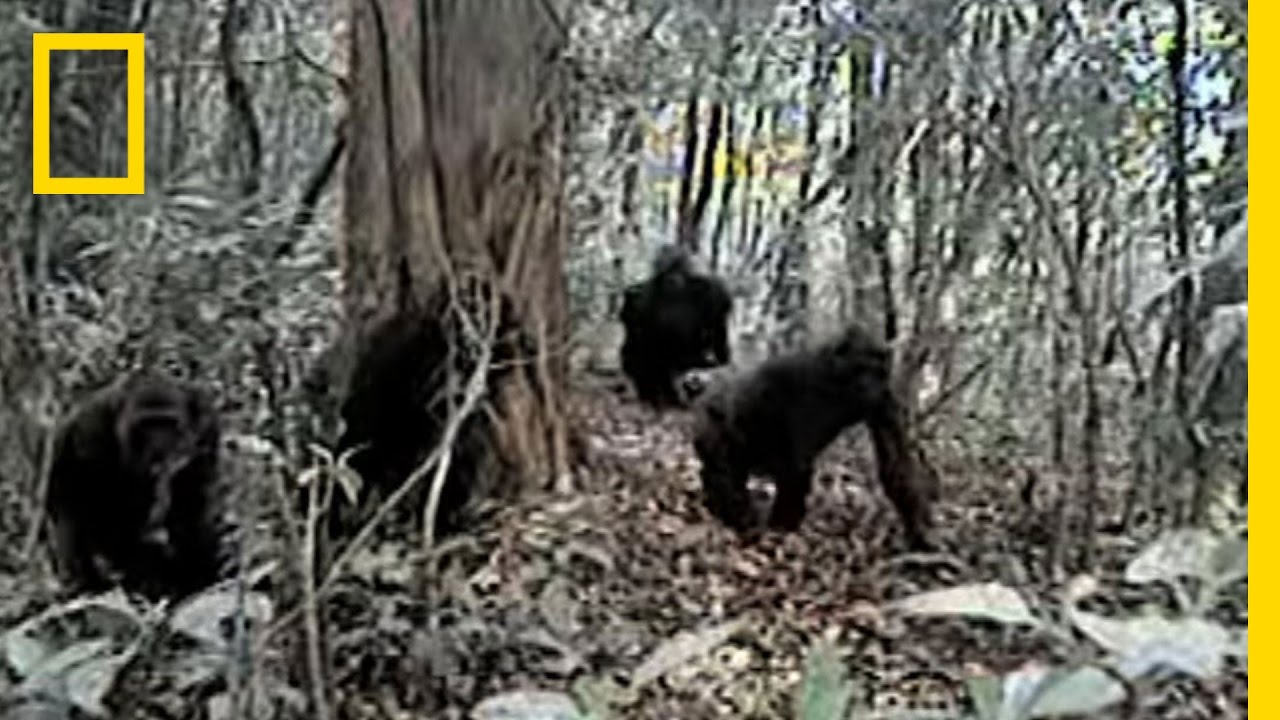 The extremely rare recording was made by a camera triggered by motion sensors.

You can see the silverback male gorilla running through the group, displaying chest beating. Researchers of WCS suggest he may have been aware of the camera.

Cross River gorillas are very rare and elusive. The shy animals usually flee when they see humans, as they have been heavily hunted.

With fewer than 250 individuals remaining, Cross River gorillas are the world’s rarest gorilla and threatened by extinction.